Jonathan Coutinho is a board-certified neurologist at Amsterdam UMC in the Netherlands. In 2014 he attained his PhD on CVT under supervision of prof. dr. Jan Stam. After his residencies he spent a year at the University of Toronto (Toronto Western Hospital) as a post-doctorate researcher. He has (co-)authored more than 50 scientific papers on CVT. He is the principal investigator of the DOAC-CVT study. In the past, he was one of the PI’s of the TO-ACT study and a steering committee member of the RESPECT-CVT, DECOMPRESS-2 and EXCOA studies. He was also one of the co-authors of the ESO guideline on CVT. He is an Editorial Board member of Stroke, Journal of Neurology and Frontiers in Neurology.

José Ferro graduated in 1975 and received his PhD in Medicine in 1987 from the University of Lisbon. He was a post-doctoral fellow at the Department of Clinical Neurological Sciences, London, Canada. He is currently Full Professor of Neurology at the Faculdade de Medicina, Universidade de Lisboa, and Director of the Department of Neurosciences and Mental Health and of the Neurology Service at the Hospital de Santa Maria, Centro Hospitalar Lisboa Norte, EPE. He is Principal Investigator at the Instituto de Medicina Molecular João Lobo Antunes, University of Lisbon.

He was President of the European Neurological Society, Chairman of the Stroke Portuguese Society and member of the Scientific Panel for Health of the Directorate-General for Research and Innovation, Directorate E – Health of the European Commission. He belongs to the Editorial Board of Stroke, European Journal of Neurology, Journal of Neurology, European Stroke Journal and Cerebrovascular Diseases

Has authored or co-authored 360 papers published in peer-reviewed journals and 60 book chapters. His research interest focuses on cerebrovascular disease, in particular cerebral venous thrombosis. He authored or co-authored 75 publications on cerebral venous thrombosis. He was the coordinator and 1st author or the European ESO-EAN Guidelines for Cerebral Venous Thrombosis and is also co-author of the American AHA/ASA Cerebral Venous Thrombosis Guidelines. He was/is the principal investigator of several multicenter/multinational studies on this disease (VENOPORT; ISCVT; DECOMPRESS1 and 2; EXCOA-CVT; RESPECT-CVT)

Diana Aguiar de Sousa is a Portuguese Neurologist working at University Hospital of Santa Maria, Lisbon. She is also professor of Neurology, and Neuroanatomy at the University of Lisbon, and Investigator at Instituto de Medicina Molecular, Lisbon. Dr. Aguiar de Sousa graduated and received her PhD degree in Neurology (Cerebral Venous Thrombosis) from University of Lisbon, under supervision of Prof. Dr. José Ferro. She completed with honours the Clinical Scholars Research Training Certificate Program from Harvard Medical School, and did a Fellowship in acute stroke at Inselspital Bern, Switzerland. She was awarded with a Young Investigator Award of the European Stroke Organization in 2016, and an Outstanding Reviewer Award from Stroke (AHA/ASA) in 2019.

Dr. Aguiar de Sousa has (co-) authored over 30 peer-reviewed papers and book chapters on cerebral venous thrombosis, and is one of the co-authors of the ESO guideline on CVT (2017). She is member of the coordinating team of the ExCOA-CVT trial, member of the steering committee of the DOAC-CVT study and DSMB member of the SECRET trial.

Dr. Aguiar de Sousa is also Assistant Editor of “Stroke”, member of the Editorial Board of the “European Stroke Journal”, and editor of the ESO blog. Her primary research interests include implementation of stroke care, and stroke in the young, with a particular focus on cerebral venous thrombosis and stroke in pregnancy.

Marcel Arnold is the Chairman (Chefarzt) of the Stroke Centre of the University Hospital Bern, Switzerland. He is the president of the strategy and promotion commission of the medical faculty of the University of Bern, the Immediate Past President of the Swiss Stroke Society, Member of the steering committee of the European Stroke Organisation Trials Alliance and the European Stroke Organisation Brain and Heart Council and member of the board of directors of the Swiss Heart Foundation and the Swiss Atherosclerosis Association.

His main research areas of interests are the pathogenesis, imaging, treatment and prognosis of ischaemic stroke. A special interest is dedicated to cerebral venous thrombosis, cervicocerebral artery dissections, endovascular treatment of stroke, advanced neuroimaging, and to biomarkers in cerebrovascular diseases. 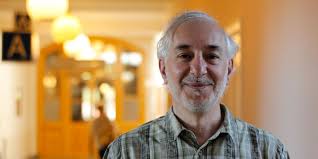 Turgut Tatlisumak is a professor of neurology and stroke medicine at University of Gothenburg and Sahlgrenska University Hospital.

Katarina Jood is an associate professor and senior lecturer at the Sahlgrenska Academy, University of Gothenburg and a senior consultant in neurology at the Sahlgrenska University Hospital in Gothenburg, Sweden. Her main research areas are stroke in the young, cerebral venous thrombosis, prehospital stroke care, endovascular treatment of stroke and biomarkers in ischemic stroke.

Dr. Putaala has more than 15 years of experience in stroke neurology, with a current clinical post held as the Head of Stroke Unit in Helsinki University Hospital, Finland. His main research areas include stroke in the young, cerebral venous thrombosis, cerebrovascular disease related to type I diabetes mellitus and atrial fibrillation. He is among the inaugural collaborators of the CVT Consortium and acts as a principal investigator or collaborator in several other international consortia.